Posted on February 4, 2016 by nicolaliteraryramblings

A departure from the norm for this much-loved author, in the sense that this time he places his protagonist in a historical setting and the farming moves across the waters from Cornwall to Canada. Based in a context that follows the timing of the trials and tribulations of Oscar Wilde, it delves into a world when love between two people of the same sex was not only illicit, but in many cases involved ostracism from the world and an abandonment by everyone around him.

Harry is married and a father when an amorous liaison leads to him finding himself obliged by friends and foe – and family – to opt for a new life the other side of the globe, in order to save face above all for his allegedly nearest and dearest. As the tale unfolds, much adjustment and hard toil results in our main man not only forging a future for himself, but in the event embracing a real possibility of personal happiness.

Following Harry Cane’s travails came as a good foil to having just finished the literary assault that is “A Little Life”, for while he had not endured the terrible abuse that Jude reveals to us, there are nevertheless parallel tracks with the potential hopelessness each character feels at certain times of their lives. Patrick Gale’s treatment is however a very different one. While Yanigahara’s work is relentlessly excruciating and painful and in some ways our focus looks backwards constantly, Harry’s transportation to Winter is far more action-packed with adventures as he learns how to become a homesteader, the hard way, and the author employs (slightly unsuccessfully) a series of flashbacks along the way to spice up the journey. 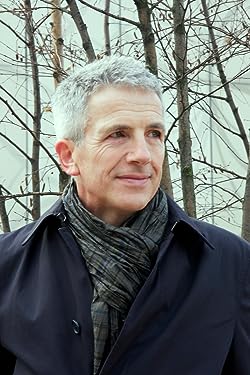 Gale explains that his inspiration for the book came from unconfirmed family stories handed down and shadowing his own emigrated great grandfather, and I think his ambition works – to a degree. The tale is credible and well recounted and I did enjoy it reading it very much, just as it was fascinating to explore this unknown territory and little-reported territory, but I was a little disappointed overall and didn’t find the author to be as at ease with this historical context. It seemed a slightly surprising nomination for the Costa novel of the year, actually, although have read many ecstatic reviews of this shortlisted book, so maybe I am in the minority. I just felt that his characters came over as less nuanced and a tad two-dimensional here and there, and the structure is nevertheless less convincing and had a strongly fictional almost fabled feel at times. Along the way, we are even introduced to a tyrannical character called (rather memorably) Troels Munck, whose reprehensible actions seem a far stretch and whose frequent reappearance feels very much a narrative convenience. Maybe there are just too many themes knocking around in this place called Winter…

Overall: thumbs up for the lyrical writing, and quite a cracking yarn, but hope the next novel brings a return to the present, where I feel Patrick Gale is much more at home.

Shortlisted for the Costa Award 2015

Images taken from here and here

This entry was posted in Book Reviews and tagged A Little Life, A Place Called Winter, Costa Book of the Year, Patrick Gale. Bookmark the permalink.