Posted on June 30, 2015 by nicolaliteraryramblings 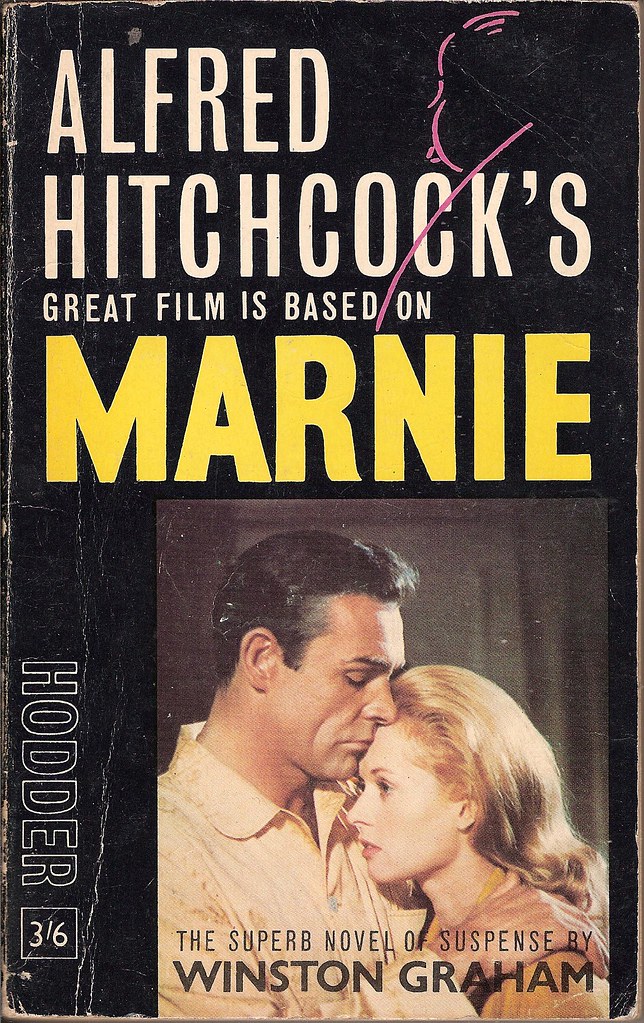 Outrage!! Hitchcock did it again!!

The film of “Marnie” is one I watched many many moons ago and which we recently revisited here at home, so the amnesia had not had time to set in when I grabbed the book off the shelf and put it at the very top of the pile.

While reading, it was impossible not to hear Sean Connery’s dulcet Scottish intonation  all the way through the writing, and vaguely annoying to note that his faultless body does not match the somewhat skinny and unattractive man described in the novel (although is this because Marnie cannot see him for the hunk he actually is, one wonders, in which case a feather in the cap for the author).

But that is far from the most distracting factor – as with “Rebecca”, the plot is yet again remodelled for one assumes the benefit of the audience by the film maker, and the bare bones of the story take a very different twist in black and white. Argh !!!! Much poetic license taken with that phrase “based on” – but should it be allowed?

The jury is out. Personally, feel that the written word is far more powerful than the film, and that’s a double blow, because I so loved the cinematic version prior to knowing the Dreaded Truth. In a nutshell – it’s as far as one could get from the unreliable narrator.

Book rating – a rather surprisingly gripping 8/10.

P.S. – the author, Winston Graham, did of course pen the series my mum was always glued to when I was growing up back in the Dark Ages in the 1970s – the Cornish thigh-slapping “Poldark”. Managed to miss the recent TV adaptation – and Aidan’s reportedly Colin Firth-like wading through water if this article from Sam Wollaston is anything to go by. All feedback (and tricorns) enthusiastically received.