Posted on June 15, 2015 by nicolaliteraryramblings

Gosh, we have clocked up over 80 books in the nine years the group has been meeting. That’s an awful lot of wine consumed as well…

September – “The Story of a New Name/Storia del Nuovo Cognome” by Elena Ferrante, 10/10

March – “The Narrow Road to the Deep North” by Richard Flanagan, 9/10

May – “The Thing Around Your Neck” by Chimamanda Ngozi Adichie, 9/10

February – “The Miniaturist” by Jessie Burton, 7/10

October – “Love in the Time of Cholera” by Gabriel Garcia Marquez

September – “The Goldfinch” by Donna Tartt

June – “And the Mountains Echoed” by Khaled Hosseini

May – “The Misogynist” by Piers Paul Read

March – “They Eat Horses Don’t They” by Piu Marie Eatwell

February – “The Method” by Juli Zeh

September – “NW” by Zadie Smith & “The Lighthouse” by Alison Moore

May – “The Yacoubian Building” by Alaa Al Aswany

April – “A Farewell to Arms” by Ernest Hemingway

November – “The Map of Love” by Ahdaf Soueif

October – “The Siege” by Helen Dunmore

March – “Battle Hymn of the Tiger Mother” by Amy Chua

January – “The Grass is Singing” by Doris Lessing

October – “The Hare with Amber Eyes” by Edmund de Walle

September – “The Lacuna” by Barbara Kingsolver

May- “The Dream Life of Sukhanov” by Olga Grushin

April – “One Day” by David Nicholls

December – “The Help” by Kathryn Stockett

May – “The Sound of Butterflies” by Rachel King

January – “The World that was Ours” by Hilda Bernstein 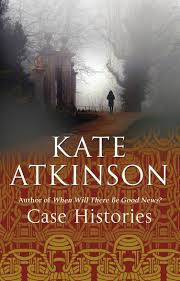 September – “The Crimson Petal and the White” by Michel Faber

June – “The Hitchhikers Guide to the Galaxy” by Douglas Adam

March – “The Girls” by Lori Lansens

December – “Awake in the Dark” by Shira Nayman

June – “Half of a Yellow Sun” by Chimamanda Ngozi Adichie

May – “The Ginger Tree” by Oswald Wynd

April – “Shadow of the Wind” by Carlos Ruiz Zafon

This entry was posted in Book Group and tagged book group, books. Bookmark the permalink.